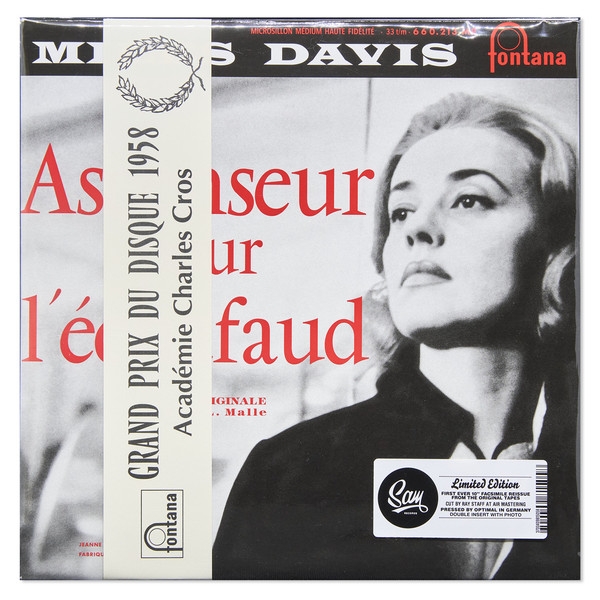 Pressed by Optimal in Germany

"There is something more satisfying and historically complete to having a superbly reproduced version of the original document and that is what Sam Records provides in its commendably completist style that includes a laminated 'fold-over' cover, outstanding cover photo reproduction and as a bonus, a black and whilte matte finish photo of Miles in Paris 1957 by Gérard Landau. More importantly, the mono sonics on this evocative soundtrack, where your mind can almost accurately conjure up the "noir-ish" happenings on screen (involving, among other action, an illicit love affair and a murder), are transparent and precise." — Music = 10/11; Sound = 10/11 — Michael Fremer, AnalogPlanet.com. Read the whole review here.

Performed by a Miles Davis-fronted European band for a movie by Louis Malle (translation: "The Lift to the Scaffold"). This reissue LP, originally recorded on December 4-5, 1957, has an elegant, romantic air to it.

In the company of such French jazzmen as Pierre Michelot and tenor saxophonist Barney Wilen, this soundtrack is something of a throwback to the feel of Miles' early '50s Blue Note recordings with drummer Kenny Clarke.

Rarely has Miles' open tone been more poignant, and that bittersweet quality probably owes something to Miles' ongoing affair with the film's leading lady, Jeanne Moreau.

"The melodies here are brief fragments, sometimes rising up only to disappear and then briefly return. This is Miles playing in the moment, improvising musical impressions as he watched the screen. And what he played managed to capture the era of postwar everywhere, while it offered Davis the freedom to test his on-the-spot compositional skills within a minimalist context. How many other beboppers who worked within the shadow of Charlie Parker could have ever recorded these little gems?" — Amazon.com 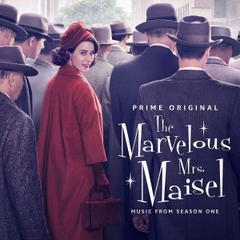 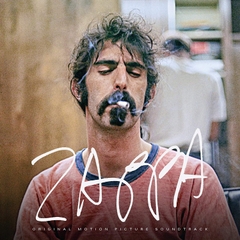 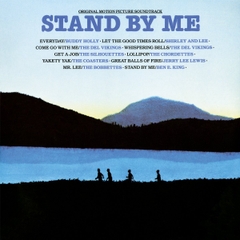 VARIOUS ARTISTS - STAND BY ME OST 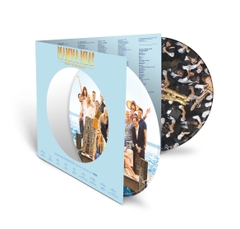 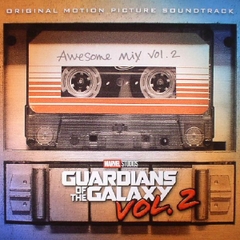 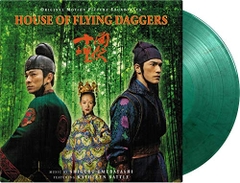 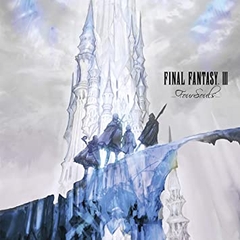